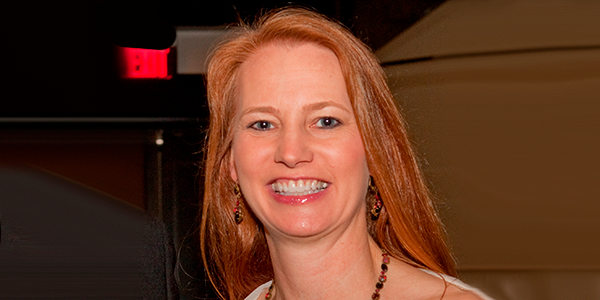 "Coast Guard members go out everyday to rescue sailors and protect us from drugs and enemies," said Judith Roos, a member of the Coast Guard Foundation's Board of Trustees.

"Everywhere I go," she added, "I hear them talking about coaching soccer, volunteering as firefighters, and improving their communities -- not just their bases -- even though they may only be stationed there for a few years."

Roos has visited over 80 Coast Guard units and seen firsthand the impact that donor support makes on their lives. That's why she took her personal commitment to an even higher level by including the Foundation as a beneficiary of her life insurance policy.

After a Coast Guard member was killed while stopping a drug smuggler, the Foundation flew his crewmates and family to his memorial service.

Later, Roos received a thank-you email from his commanding officer for the Foundation's support in paying for the crew's plane fare to attend the memorial service and the special dinner afterward to celebrate his life. He wrote, it "helped their unit heal as a family."

Coast Guard men and women are required to be physically fit for duty, so when Roos learned that members in one remote station had no athletic equipment and had to pay expensive monthly dues out of their own pockets to train at a local gym, the Foundation stepped in and made sure they got fitness equipment so they could train on base for free.

Out of all the Foundation's services, Roos personally values the scholarships the most and designated her life insurance gift to support that.

"Scholarships contribute to an individual's life and his family's, too" she said. "It's an opportunity to provide help that will go on and on."

Ultimately, it's the Coast Guard members themselves who inspire Roos every day.

"It's the texts I've gotten from soccer and T-ball coaches," she explained. "The pilot sending me photos of the new playground built with Foundation dollars but Coast Guard sweat."